Conferences and events: the sector is on the up in Padua 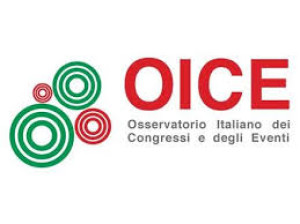 An appealing city capable of attracting national and international events. But one in which the sector still has ample room for growth and the overall outlook is still rather uneven.

This is the image of the conferences and events market in Padua – the “MICE”, Meetings, Incentives, Conferences, and Events – market for the specialists among us – that clearly emerges in the latest report from the “Italian Observatory of Congresses and Events (OICE) run by Federcongressi&Eventi”. This is the first analysis of the sector carried out in the Padua area: it was supported by the Padua DMO Tourism Consortium, the only conference venue in the Veneto region to have initiated the study. The data was collected and processed by the Graduate School of Economics and International Relations (ASERI) of the Catholic University of the Sacred Heart and presented on 24th October in Padua. The data in question is from 2016.

The research project involved the participation of 22 Padua-based conference venues out of a total of 101. Events with a duration of at least 4 hours and with at least 10 participants were analysed. The series of venues analysed does not include the University of Padua, which has its own internal events reporting system. The university's events should therefore be added to the OICE's research.

The 101 conference venues in the province of Padua represent 7.4% of the 1,363 venues in the Northeast and 19.1% of the 529 venues in the Veneto region. 70.3% of these are conference hotels and 9.9% are historic houses, with only 2% being conference and exhibition centres. The remaining 17.8% are classed in the research as "other venues"; these are institutional venues (44.4%), unconventional spaces (38.9%) and theatres, cinemas, auditoriums and arenas (16.7%). Conference hotels host 76.6% of the total attendees: they are by far the most active facilities in terms of the number of event participants across the city and the province as a whole.

The number of events

Events lasting longer than a day represented 23.5% of the total events held in the province, with over 373,000 attendees.

Technology is the main area receiving investment from facilities hosting events and conferences in Padua: 64.3% of the sample said they had invested in technology in 2016, and 33.3% said they were committed to allocating – or had already allocated – funding for technology in 2017 as well. The second most popular area for investment was infrastructure/services (35.7% of operators invested in 2016): spending forecasts were up for this category, as 41.7% of the respondents stated that they would invest in infrastructure in 2017. The percentages were identical with regard to investments in facilities. Human resources, meanwhile, accounted for 21.4% of the total expenditure of MICE operators in Padua in 2016.

When it comes to pricing, the response is fairly uniform. 75% of the sample – the facilities involved in the study – confirmed that they had not changed their rates for 2016 with regard to the previous year. Only 20% of the operators had decided to increase them. What did increase, however, was the overall revenue of the MICE sector, which was up compared to 2015 for 45% of the respondents. A further 45% of the venues involved in the study reported revenue levels in line with the previous year, while only 10% reported a drop in turnover.

Affiliation campaign and next objectives

“We have established a pathway of strong growth: we are increasing the number of affiliates to our Convention & Visitors Bureau” states Flavio Rodeghiero, president of the Padua DMO Tourism Consortium. “To better respond to the demands of the market, we are working to create a closer network between companies offering services in the MICE sector. The conference sector is capable of producing a strong economy and a great return for our region. Over the next few years, we want Padua to become one of the leading cities of choice for those looking for a major location for national and international events and shows”.

The history of the Salumificio Fontana di Este starts in Montagnana, where, in 1...