Spas and the Euganean Hills are the star for a weekend 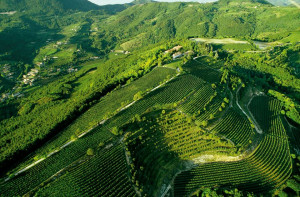 The Padua DMO Tourism Consortium has organised a weekend for conference industry professionals to promote the organisation of events in the region.

On 25th and 26th November, the Padua DMO Tourism Consortium will host an event titled “Spas and the Euganean Hills as a MICE Destination”. This is a two-day event (see the attached programme) for conference industry professionals and event organisers. They will participate in a "business-to-business" workshop with conference industry operators based in the Padua area. They will spend two days exploring the province, with a particular focus on the spa towns of ​​Abano and Montegrotto Terme and the Hills, in order to identify the best locations for future meetings and events.

“By forging this direct relationship between “buyers” (those looking for event organisation solutions) and “exhibitors” (those offering services and hospitality in the Padua area), we are certain that opportunities will arise for Padua to host major events, just as they have done in the past”, states the President of the Padua DMO Tourism Consortium, Flavio Rodeghiero.

The upcoming event is now in its fourth edition, following the success of the previous editions held at the AC Hotel in Padua in 2016, at the Four Points by Sheraton in Padua in 2015, and at the Radisson Blu Resort in Terme di Galzignano in 2014. Several major companies and selected agencies from northern Italy have already confirmed that they will be attending the planned meetings. Among others, the attendees will include Deutsche Bank, BT, Cassa Lombarda SPA, Puma Italia, and Gattinoni (full list attached).

DMO Padua and the promotion of the tourism sector, particularly with regard to conferences. The Padua DMO Tourism Consortium continues to promote the region in specialist tourist industry publications.

A few previews: the city will be profiled in the upcoming December edition of the magazine “Bell’Italia” (Cairo Editore), created with the support of DMO: Padua will be the featured cover star of the Christmas issue.

The Vueling magazine, published by the airline itself, will feature an article about Padua in its next issue, also supported by DMO services.

Also in the industry press, the Padua Convention Bureau will be the subject of an advertising campaign in the Christmas edition of “Traveller” (Edizioni Condé Nas, which will feature a full-page advert dedicated to the conference sector.

As for the world of television, DMO is currently showing the directors of the RAI UNO show “Paesi che Vai” around Padua's most important spots in preparation for an episode dedicated entirely to the city, to be filmed in December. 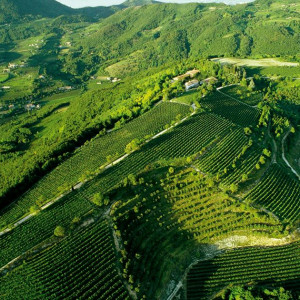 2 packages of proposals for stays, period from 30 December to 1 January.

A pleasant river route to see Padua as you have never seen it!

Discover the Christmas and New Year's events at Caffè Pedrocchi